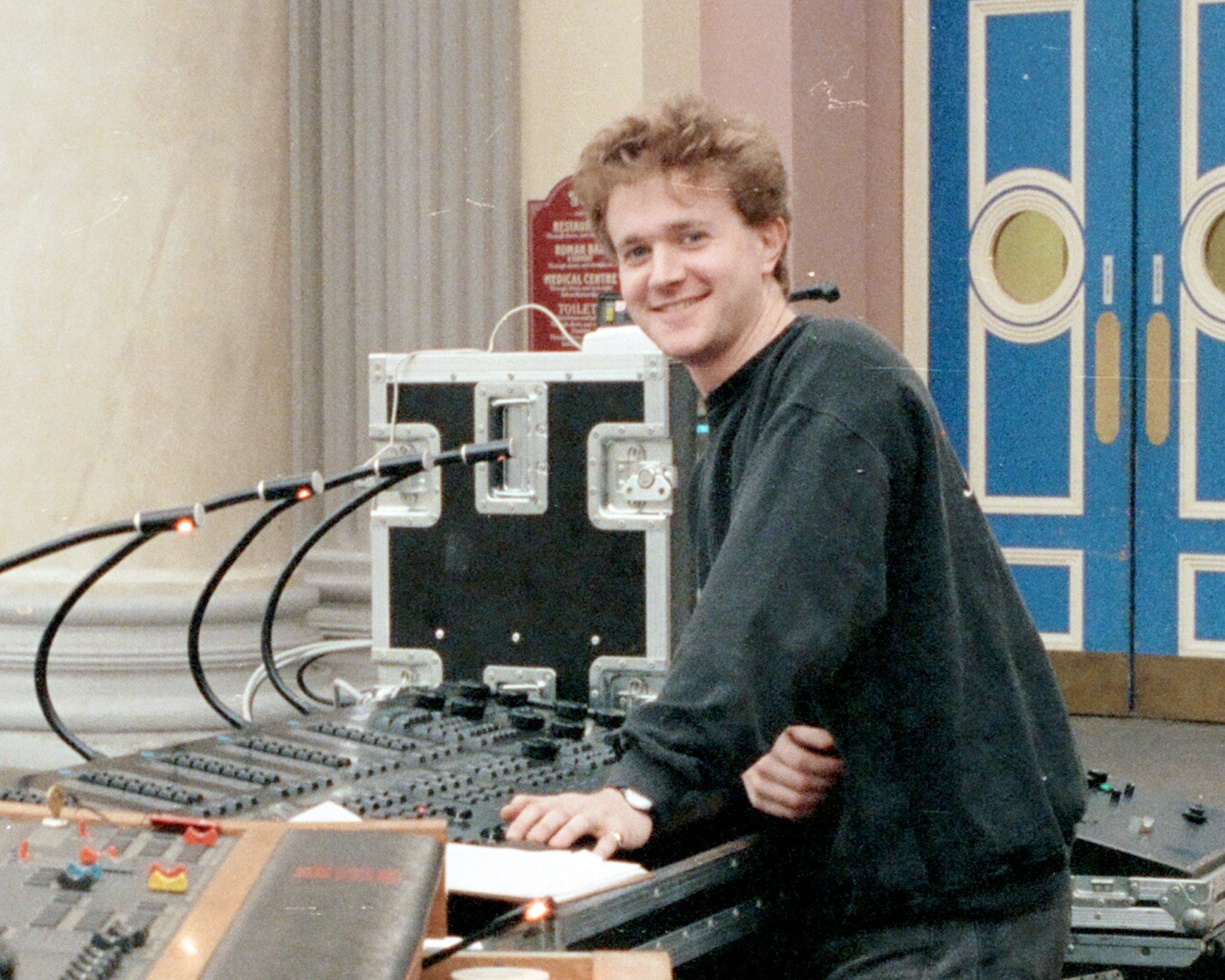 I’d been operating analogue dimmer desks run through D/A into moving mirror lights and the Intellabeam controller for a few years, when my old school friend Nick asked me to come over to the Spotties [SpotCo] to check out the new desk. I’d seen the DLD6502 and been thoroughly flummoxed by it, so I was cautious, but certainly interested.

Nick had set up two Golden Scan 2s on a stand and the Wholehog was sitting there – looking rather impressive, I thought.

We spent a few moments “adjusting”, then Nick handed me the manual and told me to get on with it. As memory serves (and things were pretty “hazy”) I think he was trying to see if the manual made sense to someone with a normal-sized brain.

I was absolutely blown away. It was a series of “Is that all it takes?” moments, followed by a LOT of laughter. I’d never used a desk with palettes before (although the iBeam controller had that “page 9” as I recall). I’d never seen how easy it was to create looks, and then edit them. And an “effects generator” (although it wasn’t called that back then). And what an elbow rest – the world’s finest, even to this day!

A promo video shoot for The Stereo MCs – ‘Step It Up’.

While programming, I noticed that once I’d set all the lights into a position, they’d all, very gently start to slide off, together, to one side of stage. “Odd” I thought. So I called Nick on my – then very posh – mobile phone. He asked me which one I had (they were all named) and I replied “Mo” (Gawd, my memory is terrible, Nick will remember!). He said “Oh yes, well, with Mo, you have to spin all the encoders furiously for a while, then you’ll be just fine for a few more hours”. Of course, then, that was hardly a problem, but now, I can’t imagine the heart attack a youthful programmer would have!

Which firm supplied it?

I took one to South America to light Tears For Fears – and used WYSIWYG version 1 to previs. It was shocking, but in its own sweet way, helpful.

I could program anything, faster and more cleanly than on any other desk. It was rock-solid.

The Wholehog was the Rolls Royce of desks. I saw the Hog 2 as the ‘Model T Ford’. But the best thing about it was that it represented a revolution. Yes, the 12-part cue stack generator was fun (especially as it came out about the same time as the VL5, so offset colour effects were cool), but without that desk we’d never have had all those that followed. Nick, Nils and Tom should – quite rightly – have a collective plaque in The Rock and Roll Hall Of Fame – or at least some kind of statue.

Can’t think of a single thing.

Being on a TV show somewhere and ‘racing’ the Artisan programmer to achieve looks, then taunting him (in the best spirit, of course) that he could only run two chases!