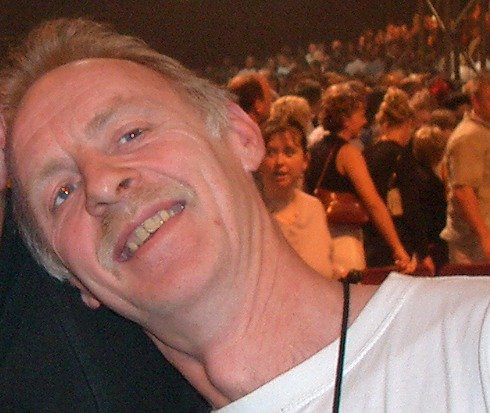 In the early 90s, but at the time I was a Vari-Lite man through-and-through, and didn’t understand its potential.

I didn’t think it was as good as the Artisan that I was using then. The Hog 1 was used to run the back wall of lights on the Rolling Stones’ Voodoo Lounge Tour in 1995 and I quickly realised its capabilities. Bill Surtees did an awesome job with it and DMX control was starting to make sense too. It allowed me to program when the lights were offline, which was far more preferable to the Vari-Lite control system which was console/light dependant for programming, which caused problems with the storage of data as the shows increased in size.

The Blues Brothers Theatre show at The Whitehall Theatre, London.

I used the Hog 2 on all of my shows through the second half of the 90s and first half of 00s. I built complete Stadium shows using the overdrive ports for the Rolling Stones and Genesis through this period.

The effects engine and tracking in cue lists made life so much simpler for the programmer. Once I learned how to make the effects engine do what I wanted, chases took minutes to build instead of hours and the tracking system allowed you to make changes within a cue list without having to change every cue, and save on memory use. Finally, UNDO – a remarkable button at the time which made all mistakes retrievable. It had a really great programmer-friendly operating system which was fun to work with, and to this day I believe they still have that feel about them with the modern desk.

I could pack the desk away on my own, while the sound desks next to me needed six guys to pack them away – a real bonus to the touring op!

It didn’t make the TEA!

With the Hog 2, building the Rolling Stones Bridges To Babylon Tour, 1998, and using every scrap of memory the desk could deliver. We had to do a RAM clear every hour to keep program space, but we achieved every goal in the programming and it was a brilliant success. By the end of the 90s, lights were using more and more DMX channels and it was a sad day when I could no longer use the Hog 2.

Probably on the Voodoo Lounge Tour in 1995.

It wasn’t just the desk that was great, the backup service from Beaky and Nils was outstanding and if I ever needed help they were always there. It was such a fun time back in those days and it was a fun team of guys who were at the forefront of that ground-breaking technology. The Hog bible, written by Nils, was a God-send and something not supplied by other console suppliers. It solved ninety per cent of all my problems and if it didn’t, the guys would be there to help.