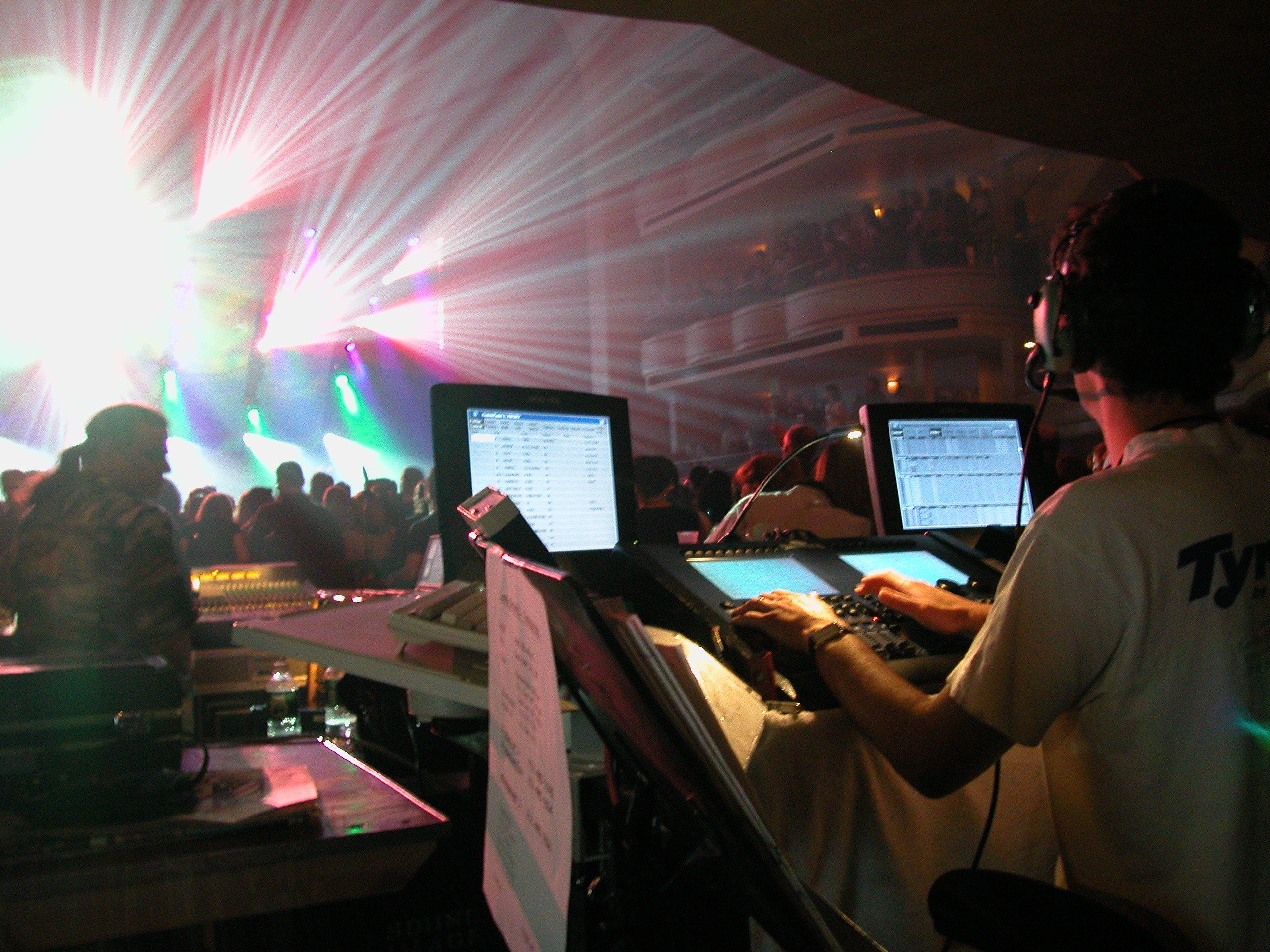 Lighting designer Jon Pollak took the Wholehog on the road with Lenny Kravitz’s Are You Gonna Go My Way tour in 1994, with Nook Schoenfeld as operator. The desk was supplied by Meteorlites.

He says, “My first impression of the Wholehog was that it had a gear-shift handle on it . . . SOLD there and then. I used the Wholehog and later the Wholehog 2, on every show I did that had movers on it from then until 2006. What made my job easier? It was ‘these-lights-over-there-in-this-colour-at-these-times – Record’.

My favourite memory of that time was Nook Schoenfeld’s ‘Out Loud’ programming technique, and also Mark Ravenhill teaching me how to programme it myself. The worst memory was hearing that they’d discontinued the Hog 2. Build me a Hog 2 again please!”